Aeon One: The Emergence

In chaos and primordial nothingness, everything and nothing existed at once. Every moment, never occurring and always occurring, until from the chaos and emptiness rose a being of pure light: Rauna. Rauna shed her light into the darkness and created the heavens, her love and partner in creation, Emos. Together, the couple bore Kelara into existence, a simple plane of order amongst the chaos, a place of creation and beauty, structure and intimacy in which the two could bear their love for one another.

From the union of Rauna and Emos grew first the heavenly bodies: Saarus, the Silver Moon; Darmir, the Blood Moon; Ila, the Shadow Moon, and Jidal, the Gold Moon.

Then on the surface of Kelara itself, the birth first of Mala, the Essence of Creation, She who rules over what mortals now refer to as magic. Then, the youngest children of Rauna and Emos, the twins, Aemis and Utana, opposite sides of the same coin, the Essences of Life and Death respectively.

From within these beings came everything that is now seen in the heavens and on the surface of Kelara. Life came, rising up first with the Paragons, beings of power created from within the elements of the natural world that was coming into existence. In these times, the gods themselves strode with the Paragons throughout creation, guiding and directing the fledgling world into its natural order.

Life grew and spread, the mortal races coming into creation to serve and entertain the gods and the paragons, and for a season, all was at peace and in harmony with one another.

Then Phadrius, a Paragon, burned with passion toward Jidal, the youngest and most beautiful of the heavenly children. His approaches toward her, though, were rebuffed many times, until his passion turned to anger, and he attacked Jidal, destroying her body and stretching the pieces across the night sky. Even in her broken state, though, Jidal maintained her beauty and continued to share her light across the night sky as millions of tiny sparkles, each a single point of celestial energy scattered throughout the darkness.

Grieving at the betrayal by the purest of their creations, the gods went to war with the paragons, and whilst the Celestials fought with their parents, the remainder of the Paragons fought against them. Battles raged throughout the heavens and across the surface of Kelara, bringing death and destruction to all of creation. The War of the Gods raged for sixty years until the gods and their Celestial supporters were defeated on the Island of Aeshirha, and were banished from their creation, leaving Kelara in the hands of the Paragons. No longer were the gods able to make contact with the world.

The Paragons who remained did not share the same care and adoration for creation that their parents had held, and enslaved the mortal races. A thousand years passed with Kelara enslaved by the Paragons, until the rise of the Great Dragons. 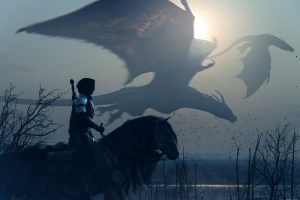 With the Gods and the Paragons gone, the mortal races suddenly found themselves rulers of their own destinies, and writers of their own fates. Elves, Humans, Dwarves, and others all began to forge their own civilisations and societies.

Great cities were built, and life for the mortal races thrived. Even though wars raged, and empires rose and fell, people lived and died in the hands of their own kind, and not at the behest of beings who controlled them. In the absence of the immortals of the Paragons and the Gods, magic also became a lost form to the world, and for a time, the existence of anything outside of the material plane was forgotten, lost to legend and kept only in tomes of the most ancient of histories, hidden away in the deepest corners of libraries.

For five thousand years Kelara lived in Silence from the planes beyond.

As Kelara entered its sixth millennium of Silence, it seemed that the world may continue for its entire existence with no further involvement from the gods or the planes beyond – a destiny known to many material realms.

That was until, purely by accident, a demon by the name of Xegath created a rift from the Abyssal Plane into Kelara. With access to the plane torn open, demonic forces poured into the world and laid waste to the civilisations of mortals. Many, many lives were lost as cities were razed, civilisations were shattered, and once again, many of the mortals of Kelara were enslaved to masters of a nature beyond their ability to fight.

The technological advances of The Silence were gradually destroyed, ineffective against beings of a supernatural existence. Over the next eight hundred years, the destinies that mortals had written for themselves were torn down and cast into the darkness that now reigned supreme in the hands of the demonic rulers.

It was during the time when demons ruled the lands of Kelara that a small group of mortals began to rise up, waging a guerrilla war against the demons. Calling themselves the Guardians in the Darkness, it was an Elven woman, Anthaea Ulariel, who discovered the ancient tome that spoke of Kelara’s history and origins.

The Guardians began to call out to the gods, crying for their return and to intervene in the world once more. 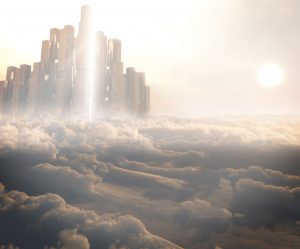 Saarus, the God of the Silver Moon, was the first of the gods to respond to the mortals’ cries. In response, he sent his essence to the ranger, Xandarai Irediel. Xandarai became the Exemplification of Saarus in Kelara, allowing the god to bring his presence to Kelara without stepping back into the material plane directly. Through Xandarai, Saarus created the first Lycans, and an army began to grow that could, perhaps, fight the demonic rulers of Kelara.

Soon after, the remaining gods also Exemplified themselves within mortals in Kelara. Magic began to return to the world, first the divine, and then, with Mala’s Exemplification, arcane magic also.

The Exemplifications, imbued with the Divine Spark, found themselves able to share this resource with others around them, and over the coming generations, a number of new deities began to rise up as various mortals came to Exemplify particular traits or aspects of the world around them.

With the power of the gods and the essence of creation returning to the material plane, the mortal races were again able to free themselves from the rule of the demons, sealing the rift to the Abyssal plane once more. To this day, the Guardians in the Darkness stand guard against the incursion of extraplanar beings, seeking to prevent any further threats from the planes against the world of mortals.

It has been generations now since any new deities were Exemplified, however the religions of the various deities have each solidified over the years with churches and temples to many various deities cropping up across the realms of mortals throughout Kelara.

With the return of magic, the mortal races have been able to rebuild their civilisations over the past two thousand years, and once again, a peaceful existence seems to have been reached across the world, this time with the gods in communication, if not direct intervention in the world as they once had; the relationship between mortals and deities now stands open.

The year is currently 1831 of the Great Peace